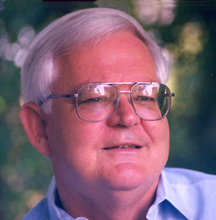 Does a sunset exist if there is no one to see it?  An awful cliché, yet like the parallel thud of that mythical tree, its point is that no image, no matter how immaculate, exists until it has been processed through the viewer’s mind.  Indeed, it could be argued that the mental processing creates the image.  Yes, there is a physical reality underlying the sunset, but none of us sees that physical reality without preprocessing through our own life experiences.  Proof?  Ever been scared out of your mind by seeing something that wasn't really there?  Ever gotten a packet of pictures back from the drugstore and looked at your latest photos and complained that Uncle Earl or Piccadilly Circus didn't really look like that?  Painting is more than dabbing a bit of color on a canvas.  It is the expression of one's visual reality.  Yet no image captures more than a moment in the artist's mind.

To make things more complex we have the concept of visual signature.  In a sense "visual signature" is a bit of jargon  which argues that there is some some element of a place which makes it instantly recognizable to anyone who sees it.  The now missing World Trade Center or still present Statue of Liberty of New York, the Trans-America building or cable cars of  San Francisco,  the Washington Monument, the Arch, the Sears Building, the Space Needle, and a host of other “buildings” all give their individual places their identities at first glance.  Some places, or course, have environmental elements which immediately identify them—the lagoon of Venice and the Front Range of Denver for example—while some places have none at all.  Not having a visual signature does not mean a place has no personality, only that it has no handy visual hook for us to hang our feelings about that place.  The hook, however, inevitably begins to shape our vision of that place.  Can you identify the New York City skyline (without the WTC) at first glance even though those two buildings have been gone for more than nine years?  It may also be argued, as a side point, that visual signatures are not restricted to places.  I can recognize my wife, for example, in a crowd of people even though I may not even see her face by her "visual signature," which is a combination of how she stands and moves.

A very real part of place identity is also the ebb and flow of people and activities within its space.  The concept of "place ballet" was first introduced to suggest that the ebb and flow of buyers and sellers and stalls, and time within a street market give it a visual signature, even though they are not always in the same place.  The concept is important to understanding place identity because many places are almost defined by it.  Would Disney World be Disney World without the hordes of tourists?  The "Street Seen" series is a direct result of this belief.  Increasingly my Rome is defined less by St. Peter's  than the city's children playing in my favorite piazza after daycare in the evening  or the ebb and flow of neighborhood folk stopping for a wine or coffee at the cafes on my favorite  piazza.

Artists have dealt with this conundrum of "reality" versus what we actually "see" since hairy mammoth’s began appearing upon cave walls.  Impressionism, cubism, romanticism, abstract, modern, photorealism, post modern—the list of artist solutions to the image problem is endless.  Must one go that far?  Can one just insert a little more of the mind into a traditional representational exploration of a topic and still have a successful blend of physical reality and the mind's eye?  Of course.   For in the end it is not the original reality which makes Van Gogh's Starry Night a haunting memory, its that bit of the man inserted in the physical relic. 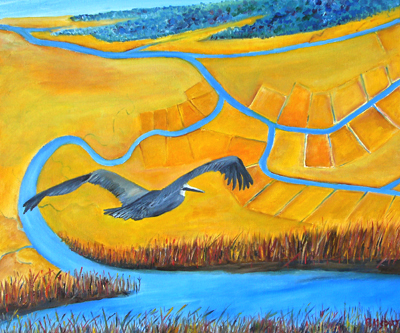 What’s all this got to do with painting?  I took up painting because I wanted to reach beyond words and photographs to capture the "mind's eye" of place.  After most of a lifetime writing about the evolution and geography of the American landscape, it became increasingly clear that words and photos could never truly capture the sense of place that I carried in my mind.  During those years I showed tens of thousands of students thousands of slides of streets and factories and even a few people trying to capture the visual geography of the places which I spoke.  Failure was inevitable.  The personality of place is more than the sum of its parts, and especially it  must inevitably include not only the fixed elements, but the temporal elements as well.  The reality of Venice or Charleston is not just a bunch of faux old buildings, newly minted cobblestones, or even people walking their streets, it is an aura which can never be captured in a traditional representational image in a two dimensional space.  No, I don't claim I know how to do it, I just know that conventional representational painting does not do it for me.

To understand my art you must therefore know something of me.  I grew up in a small California Central Valley town where I was on my way to becoming a professional photographer and high school teacher when two professors decided I needed to go to graduate school in geography.  Protests of poverty were useless.  An assistantship appeared and I found myself at Louisiana State University finishing an MA under Fred Kniffen.  In response to the comment that I had never been east of Woodville, Mississippi, he found me an assistantship at Penn State for my PhD.  I fell in love with Louisiana and always intended to go back.  I fell in love with central Pennsylvania and never intended to leave.  My dissertation on the origins of the Pennsylvania Culture Region required a nearby job and I went to West Virginia University.  I didn't love Morganhole, but I did love Appalachia and the University.  But alas, my original mentor, Dave Lantis, stepped in one more time and conned me into a job interview at the newly emerging Georgia State University in Atlanta.  It was the antithesis of what I said I wanted in a position.  It was at ground zero of a giant, sprawling urban monster, not a small town in sight.  No graduate program, nor hope of a major one.  No status whatsoever.  It squatted in the very heart of the self-proclaimed "world's next great city" where it churned out a stream of well-educated students already involved in making a difference in the world around them.  Thirty-one frustratingly glorious years later it was time to leave academia and paint fulltime.  I moved to Folly Beach, then, a frowsy island village outside of Charleston, South Carolina.  Well its still outside Charleston...

My life as a geographer permeates my vision to this day.  My early publications focused primarily upon the evolution of regional landscapes utilizing first folk housing (Field Guide to the Folk Architecture of the Northeast w/Andy Kardos later of the US Park Serv) and later towns as parameters.  Twenty years later and it was time for a change so I looked into sports geography which inconveniently had not been invented yet.  But I managed to publish  a few things, most notably the Atlas of American Sport  with John Rooney, as well as creating (also with Rooney) and editing Sports Place: An International Magazine of Sports Geography.  Well that was fun, I thought why not food.  I had always admired Fred Simoons' Eat Not this Flesh and Sam Hilliard's Hog Meat and Hoecake, why can't we do a bit more with the topic?  Three books, most notably No Foreign Food, and an assortment of articles, lectures, and eventually a couple of documentary films later it looked like I had found myself.  Unfortunately (or is that providentially)  the documentaries brought me into contact with Stan Woodward of Greenville, South Carolina, who totally warped my mind.  While helping on the films I finally saw why I had been so dissatisfied with the results of my earlier academic work.  My work just didn’t capture that essence of place that I kept talking about.  If I was going to get what was floating around my head out for the world to see I had to find a new approach.  And not surprisingly the art has influenced the writing, as seen in Vol. 2, Geography, of the New Encyclopedia of Southern Culture (2006)

Currently my work is available here and at the Charleston Artist Guild Gallery, 160 East Bay, Charleston, 29401, as well as shows around town from time to time.